This is a guide to deploy a Kitto dashboard application on a Raspberry Pi using resin.io.

After you follow the steps below, you are expected to have a dashboard running on a raspberry connected to a TV which displays the dashboard full-screen using firefox. 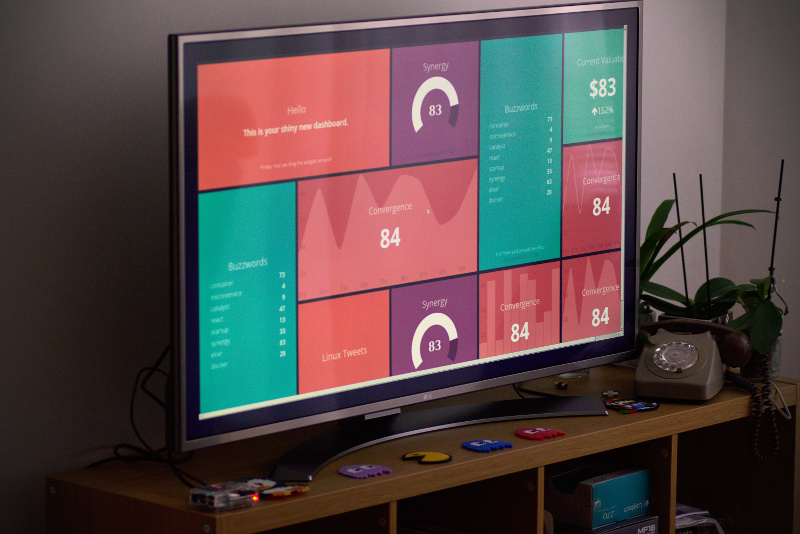 Kitto is an open-source framework for dashboards, written in Elixir. It is focused on requiring minimal maintenance and system resources. It can be developed using the widespread grid layout of Dashing and features jobs like the following:

resin.io is Heroku for IoT devices.

You flash their OS for you device (preferably using Etcher), create a Dockerfile for your application and finally run perform the actual deployment using: 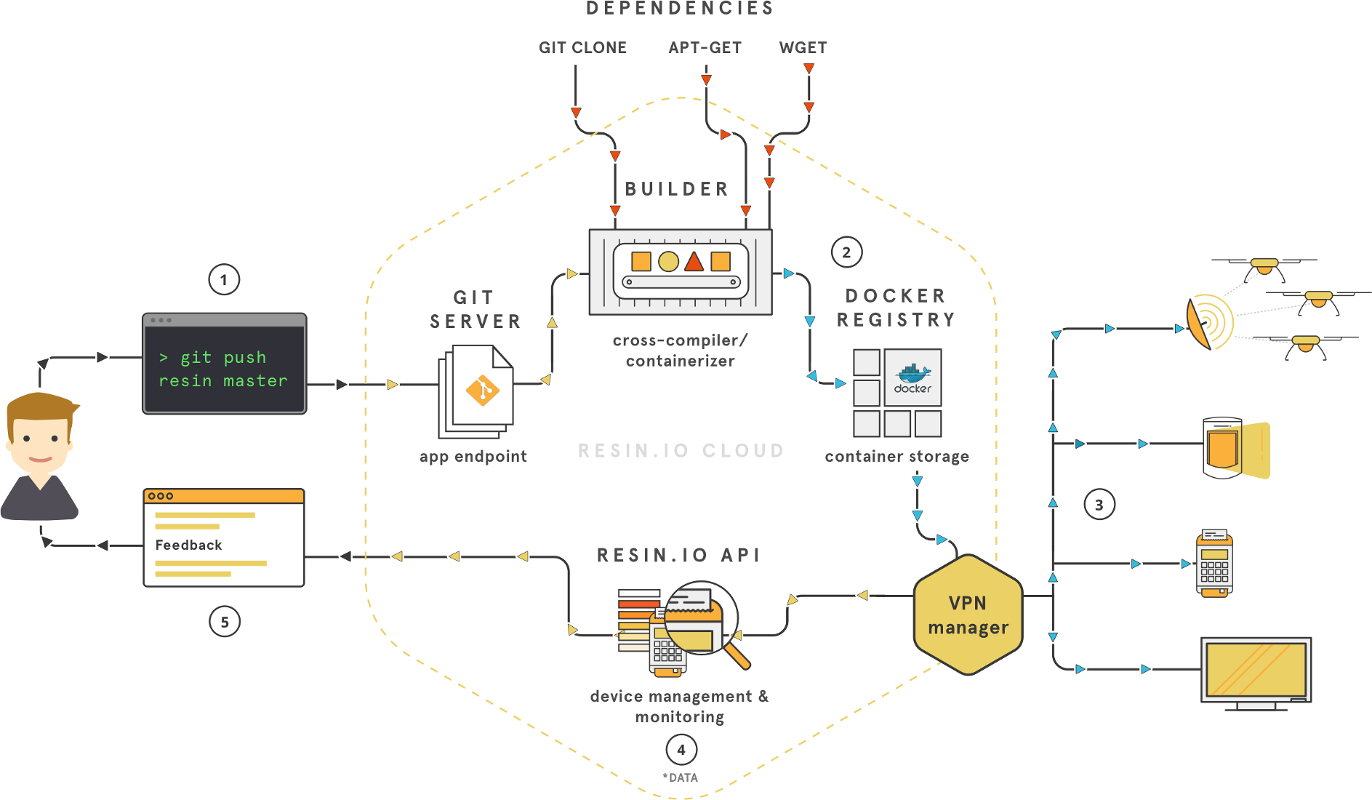 Your device will run the resin OS which is based on the Yocto Project. The OS runs Docker, where a container for your application will live together will the resin agent, which will take care of application and system updates. 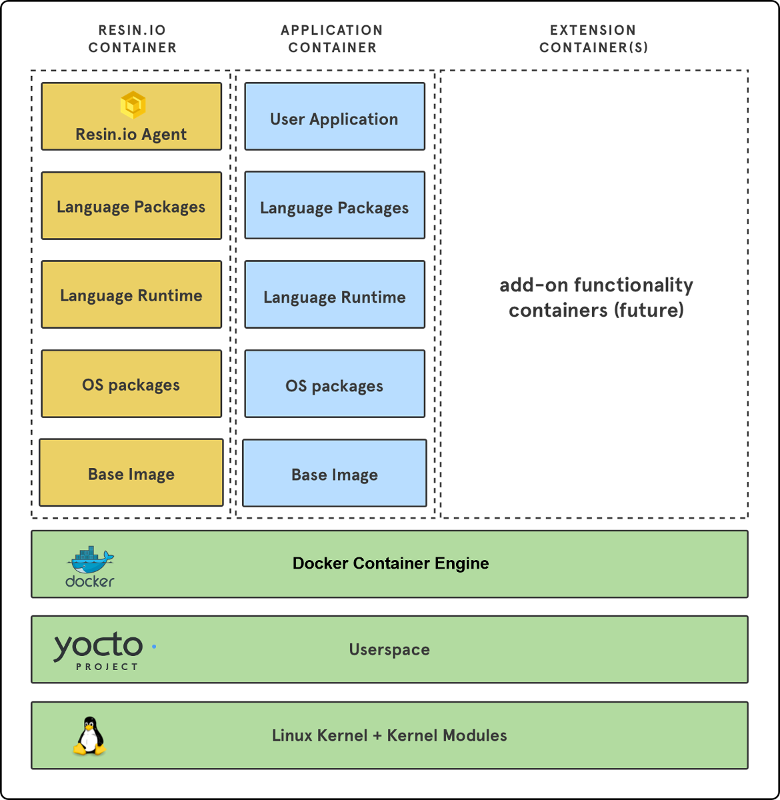 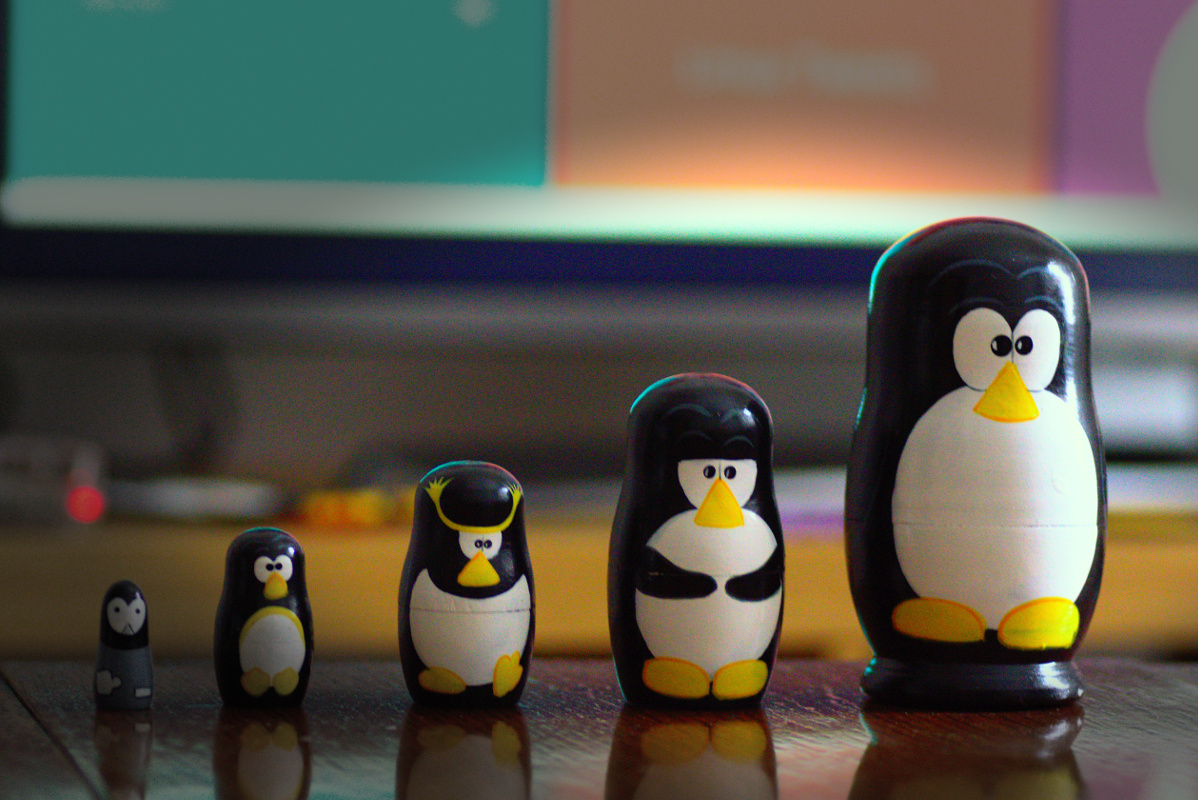 You can follow the official instructions at http://elixir-lang.org/install.html or you can use the official Kitto Docker image for local development.

Note: Replace 0.6.0 with the latest version found at: https://hex.pm/packages/kitto

You can now use the installer to generate a dashboard using:

This will create a directory structure containing a sample dashboard.

The core conventions of Kitto are:

You define jobs in Elixir files located under ./jobs. Jobs are responsible for fetching and processing data, commonly from external sources.

Finally you define widgets (or use any of the already available ones) using React components.

Assuming you have nodejs installed on your system you’ll only need to run:

Assuming you haven’t changed the default configuration you should be able to try your dashboard locally at: http://localhost:4000

Extending and Customising your Dashboard

You might enjoy reading the following blog posts for developing dashboards with Kitto:

Extended documentation for Kitto can be found in the wiki and its hexdocs. 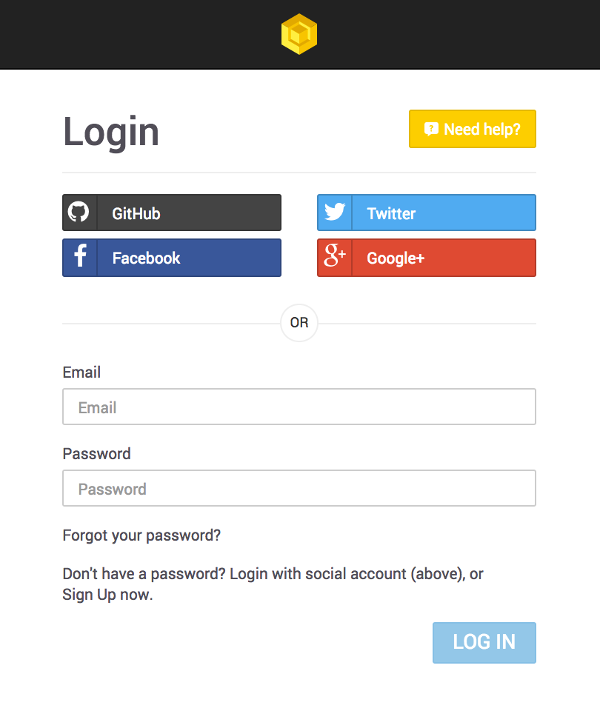 Click on the “APPLICATIONS” link on the top-left corner and fill in the required info as seen below: 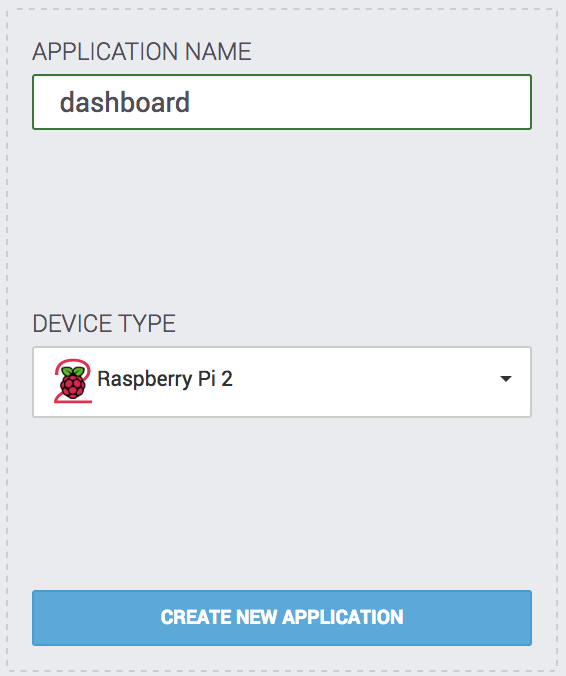 It’s important to provide correct information concerning your Wifi SSID / Passphrase for the device to be connect automatically to your network. 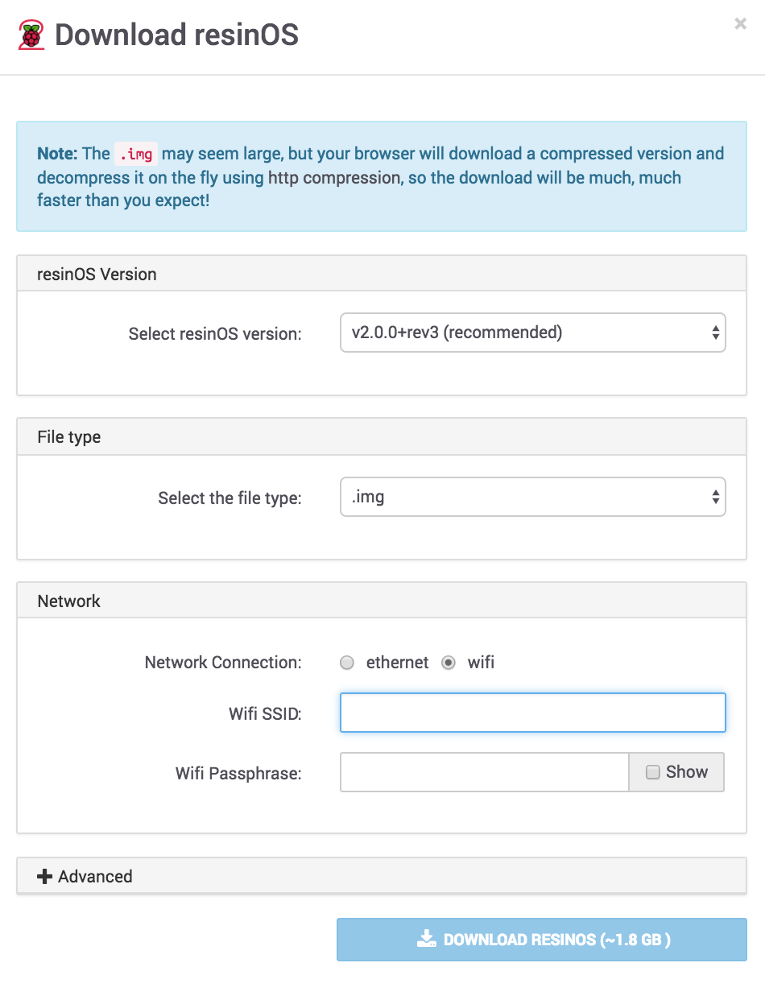 Having inserted the sd card with the Resin OS in your Raspberry, connect it to the TV using the HDMI cable and plug it to power. 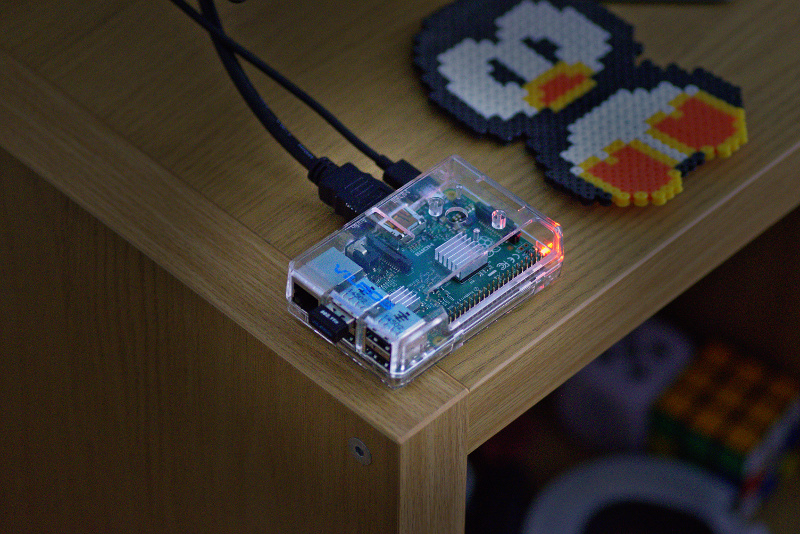 When you generate a dashboard via the installer a Dockerfile is created for you, but you need a different one for resin.

At a glance the differences are that it’s based on zorbash/kitto-kiosk, instead of zorbash/kitto and has a different entrypoint.

kitto-kiosk (source) comes with the iceweasel browser installed, modified to start in kiosk mode (full-screen, disabled menus and toolbars). It also has all common npm dependencies pre-installed in /dashboard/node_modules to speed up npm install.

Copy the following to a file named entrypoint.sh

and use the following Dockerfile:

Make sure you use the following config/prod.exs for your dashboard app:

Time to make the actual deployment happen!
Find the git remote for your application at the top right corner of your resin application page.

You have to initialize a git repository for your dashboard locally first.

Inside your the root directory of your dashboard run:

Copy the command in the image above and finally push.

You can also try git push master:master-arm to use the native arm builders of resin (see: https://forums.resin.io/t/native-arm-builders-beta/171) 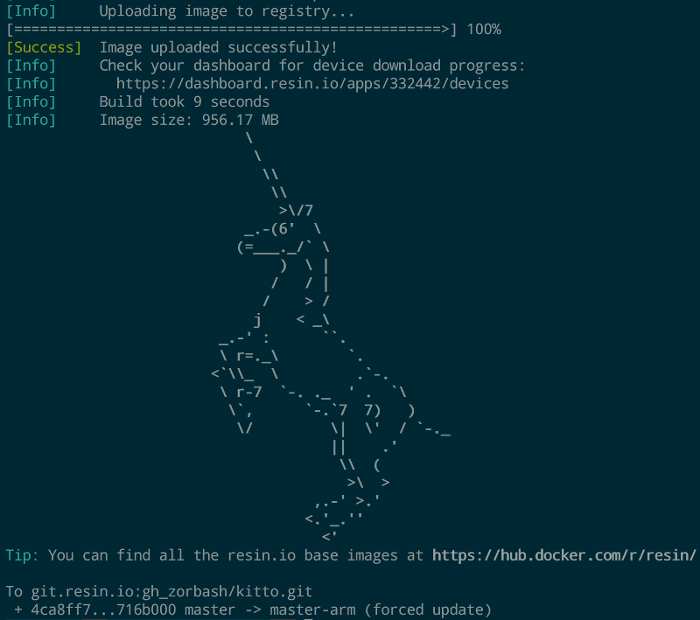 After that, resin will pull the image to your device and start a container off it. In a few minutes you should see the dashboard running on your TV screen.

When you change an env variable in resin the app is automatically restarted and your changes are reflected immediately.

For example you can change the DASHBOARD_URL variable to point to another dashboard. Try http://localhost:4000/jobs which is a dashboard which comes with Kitto and displays internal information about jobs and system resources.

Resin allows exposing port 80 of your application in a public url of the format <RESIN_DEVICE_UUID>.resindevice.io. Read more about it here.

To have the Kitto server start at port 80 you’ll have to change your config/prod.exs like below:

Resin comes with a cli application to help you manage your devices and apps. Have a look: https://docs.resin.io/tools/cli/