I was in beautiful Barcelona for ElixirConf.EU 2017.
In this post I’m sharing some of my notes and impressions about it.

I attended the tutorial “Microservices under the Umbrella” by Makis Otman & Georgina McFadyen, both working for 8th Light.

We hacked on code from the following repositories:

The was goal to create an umbrella application, going through the pros and cons of such an architecture. We coded a sub-application to query the Wikipedia API and cache the results to a GenServer. We wrote tests and finally used :rpc.call/4 to call functions on a remote node.

The presentation was about the beginnings of the language, the current state of development and what to expect in upcoming releases.

Depression Valley
The point where no-one is using your language and you’re unsure you’re headed in the right direction.
Lego Lang
That was the original name of the language in the early days.
Rookie Mistakes
José said that he made some during the first stages of development.

José stated that he knew the features he wanted to include in the language, the difficult part was to shape it in a way to make people productive. Early on, too much eval was required to make something non-trivial.

A Tour of the Elixir Source Code - Xavier Noria

In this talk Xavier demystified parts of the Elixir compiler. How code is loaded and compiled, Macros and the AST.

If you find this interesting, you should read Xavier’s relevant blog post.

Stories behind the implementation of Ecto SQL Sandbox, which is a way to have concurrent tests against the database.

The talk was about implementing a neural network on stock market data to predict prices and act upon them.

Little or no code was shown during the talk and I couldn’t find the source in one of Erics’ GitHub repositories.

The talk was about using Absinthe, a GraphQL library for Elixir.

GraphQL is not just a frontend technology

Chris announced that there will be a common interface for metric collection. Probably implemented as a standalone library. Read more here.

He demoed an phoenix application feeding gauges in realtime with application metrics. A candidate abstraction for metrics reporting is the following:

It’s going to be part of the roadmap for Kitto to make it easy to have a dashboard for phoenix metrics, maybe in the looks of https://kitto.io/dashboards/jobs 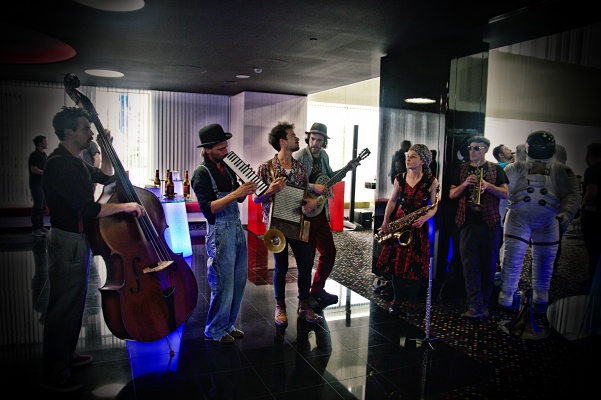