This year’s ElixirConf marks Elixir’s 10th birthday, in the rest of this post I’m sharing my experience of what took place this time.

Started from the bottom now we’re here!
It has already been 10 years since the first #Elixir commit.
Let’s look back at the Elixir timeline with @Josevalim pic.twitter.com/UWjuPKlnVF

I happen to live in London so this was my first ElixirConf on European (geographically speaking) soil where I didn’t have to pack my bags. I’d never been in West Brompton though and I had the chance to experience some of the local pubs. It was surprisingly sunny during both days of the conf but we didn’t get to enjoy that.

In this talk, José talked about the future of the language. He started with an intend to address “the elephant in the room” which he said is adding types to the language. We were asked to vote by raising hands whether we’d welcome types, reject them or “trust the core team”. The majority would welcome them. He went into detail about certain areas like performance, documentation / developer experience, code maintanance, specification, design tooling and proofs where types can potentially bring improvements to the language.

A PhD scholarship was also announced to research and develop set-theoretic types for Elixir (announcement). This publication by Giuseppe Castagna supervising this project is an interesting read.

Besides types, other future areas of focus are the developer and learning experience, where Dashbit has hired Lukasz Samson to work on IDEs and machine learning where he shared live_onnx as an example of how easy it to build an Axon-powered application which runs on the GPU with a LiveView UI.

Nikola walked us through the challenges he faced developing a block-based WYSIWYG editor using LiveView.

Thankfully it’s open-source so you can take a gander here. The highlight of this talk is how a comprehensive test suite powered by Cypress helped him iron out the kinks of contenteditable and other browser quirks.

Get Your CRUD Together - Andrew Ek

This was Andrew’s take on making CRUD with Phoenix a bit more.. omakase by creating a dedicated Repo abstraction. With this meta-programming contraption, contexts behave a bit more like ActiveRecord models where you get a whole bunch of ready-to-use functions for data retrieval, validation and the rest.

The general notions where:

This talk was through Zoom. I have to admit it’s a first for me, working from home the last few years, going to a conference venue only to “join” a remote call, watching it on the big screen. We live in the age of remote work, we should embrace it even if it feels a tad bizarre.

One of my favourite talks this year. Oh boy does he speak fast, how fast though? if only there was telemetry for that 😅

He started the talk with essential terms about observability relevant to telemetry.

Observability is a measure of how well internal states of a system can be inferred from knowledge of its external outputs.

Go ahead, set up OpenTelemetry for your app today!

Thankfully the slides of the talk are available here as well as the demo app here so you can use them as a guide to complete the setup.

Why Is My LiveView Slow and What can I Do About It? - De Wet Blomerus

This talk is surfacing the differences when it comes to debugging of “traditional” SPA applications compared to LiveView. With LiveView, one has to closely monitor the data exchange through a WebSocket. There was a live demo which wasn’t working on Safari and we found out that fly.io sets by default a concurrency limit of 25 simultaneous connections, dropping connections past that. Such surprises made the debugging aspect of the talk more realistic!

The code for the application shown as part of this talk can be found here and the live demo is still available speedy.fly.dev.

Watch a clip of what Ryan has built here.

And here’s a photo Ryan shared (yay, I’m in the audience). 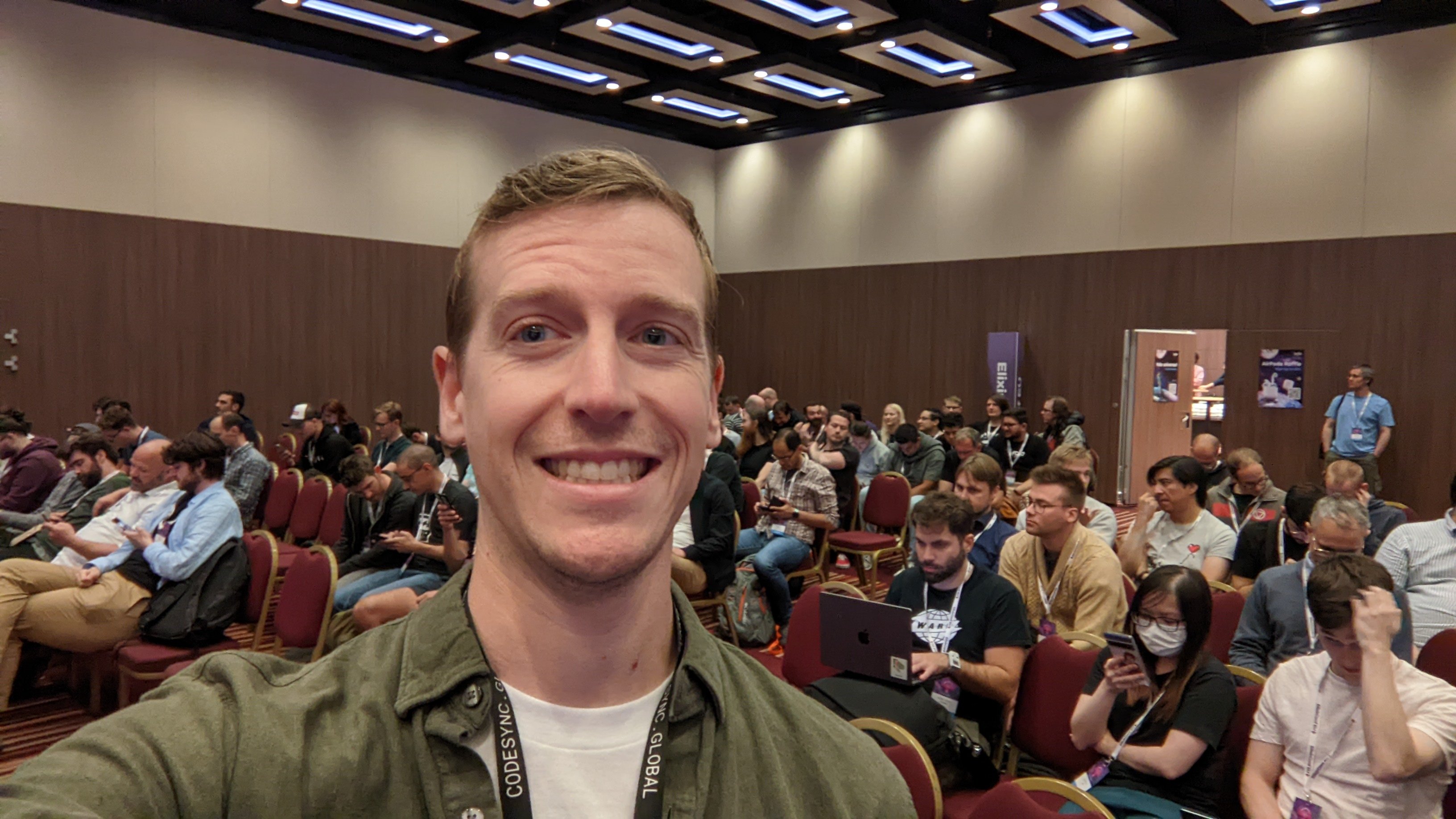 Incredible, awe-inspiring talk. What a legend. Without showing a single line of Elixir or a slide he showed what makes an Alchemist, to have a hacker spirit and bring positive change. Sonic Pi started out as an educational tool to teach programming to kids through music production. It has evolved to a whole ecosystem where professional DJs and amateurs experiment with ways to express themselves through music. It doesn’t require any music training or solid computer science fundamentals. It’s easy to install on Windows, MacOs or Linux and it’s so much fun!

Try it out today: sonic-pi and please consider supporting Sam on patreon so he can keep developing this excellent piece of software.

He also spoke about the technical challenges of running multiple blocks concurrently synchronising them and even linking a Sonic Pi instance to external programs like Ableton or other Sonic Pi instances on the internet. Really cool stuff.

The cherry on the cake is the possibility to embed LiveView apps in Sonic Pi (experiment) to be used as controls, visualisations etc.

Thanks to the organizers for a great 10 years of Elixir party! pic.twitter.com/SrO4Z3DNVx

Sam Aaron on the decks. Yes, you can book him for your party!

The slides of the talk are available online here.

He told us how once, he managed to automate his job to an extend where he was let go.

In his talk, he scoped automations to “codemods”, tools which work by converting the source code to AST form, modifying it and saving updated source code file.

Some recent changes in Elixir 1.13 make this process much easier:

His very promising plan is to create a Credo plugin using sourceror to provide functionality similar to Rubocop’s --auto-correct .

The Hydra from Hades in one of the slides was a nice touch.

Notes (copied from the final slide):

They picked GCP PubSub because it ticked the following boxes:

She also mentioned an issue they faced with Broadway and long-lived worker processes where memory wasn’t being garbage collected. I think they solved it by hibernating the processes. 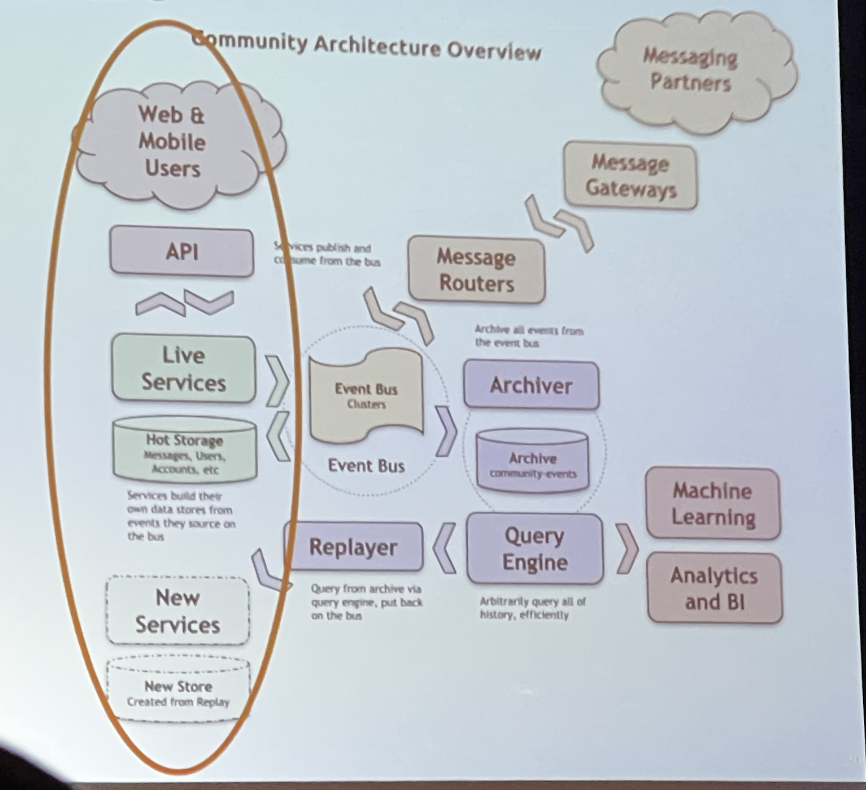 He spoke about TypeCheck a library for runtime type-checks.

He highlighted some of the common similar tools like Dialyzer and Gradualizer.

His future plans for this library are:

I wish there was a talk by Chris McCord, I’d love to hear what’s cooking for Phoenix.

Missed your chance to attend? Well, there’s the US one.